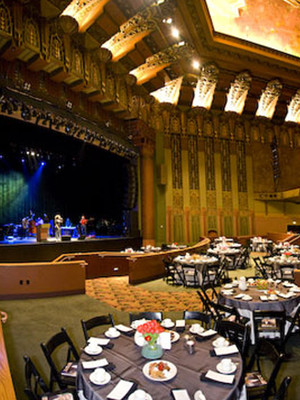 You can catch La Oreja de Van Gogh at The Wiltern in Los Angeles, showing Dec 9, 2021

The veteran Spanish pop band are back and bigger than ever

Spanish legends La Oreja de Van Gogh are heading back Stateside this year as they head out on tour! Celebrating over 20 years in the music business the group's enduring appeal comes from their tried and tested formula of singing about love, friendship, and relationships; something that has led them to sell over eight million copies of their albums worldwide. Their debut album, 1998's Dile al sol was certified platinum after selling a staggering 800,000 unites on its first release.

Since their debut, the five-piece have garnered a huge fanbase, not only in their native Spain but in also within the wider Spanish speaking community, including fans in the Southern states and in Latin America!

Sound good to you? Share this page on social media and let your friends know about La Oreja de Van Gogh at The Aztec Theatre.