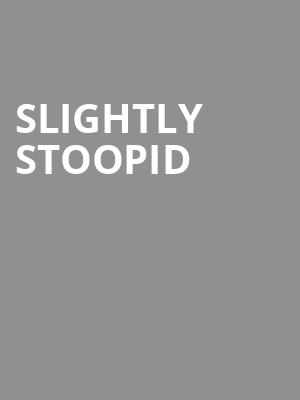 Slightly Stoopid are embarking on another summer outing! They'll take on the USA once again with their 'Summer Traditions' tour including special guests Common Kings, Pepper and Don Carlos joining them on the tour. The Californian reggae-rockers will be kicking their annual summer road trip off in Oregon before travelling across the country and wrapping things up in Colorado's epic Red Rocks Amphitheatre.

Slightly Stoopid are now in their second decade of making music, and are showing no sign of slowing down. This eclectic band continue to create an energizing sound thats been described as a "bath of positive energy". Slightly Stoopid have released nine studio albums and four live - with their latest studio album being Everday Life, Everday People.

Don't miss Slightly Stoopid when they come to a city near you!

Sound good to you? Share this page on social media and let your friends know about Slightly Stoopid at Whitewater On The Horseshoe.