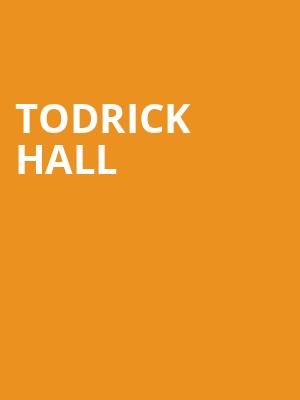 Todrick Hall in the haus

American Idol semi-finalist, YouTube Sensation, director... is there anything Todrick Hall can't do?! He's been able to add multiple Broadway credits to his CV after appearing in some of the hottest productions, including Kinky Boots, Chicago, and Waitress. Don't miss your chance to see this multi-talented superstar live in your town!

After making it to the semi-finals of the ninth season of American Idol Todrick has been nonstop. With appearing in three hit Broadway shows (Kinky Boots, Memphis, and Chicago), creating a YouTube channel which has since reached three million subscribers, and a firm favorite on RuPaul's Drag Race, Todrick Hall has certainly carved himself into American Culture. With recognition from Beyonce herself, Hall is set to be one of America's brightest stars.

Mykull Ray: “A Great Night Out”

Todrick put on an excellent show for us. I and several friends went to... more

This view is coming from a gay couple aged 59 and 65 just celebrating our... more

Sound good to you? Share this page on social media and let your friends know about Todrick Hall at HEB Performance Hall At Tobin Center for the Performing Arts.