You can catch Randy Rogers Band at Riverwind Casino in Norman, showing Feb 15, 2020

You are viewing a past performance of Randy Rogers Band 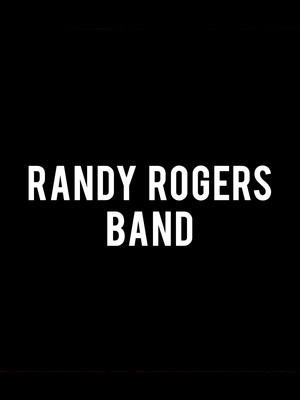 Bringing their country beats to you!

The Randy Rogers Band heads out tour to bring you their hottest country melodies! Using their extensive back catalog of hits and their twenty plus years of experience Randy Rogers and his five-piece band are ready to tear up cities across the states in their latest tour! Don your boots and kick up some dirt with these kings of Country.

First formed back in the year 2000, the Randy Rogers Band have been working diligently to create authentic country music that speaks to the heart. Nowadays, the five-piece can boast of several studio albums and seven separate singles charting in the Billboard Hot Country song charts!

Some venues are age restricted, please check with the venue before booking.

Sound good to you? Share this page on social media and let your friends know about Randy Rogers Band at Cowboys Dance Hall.