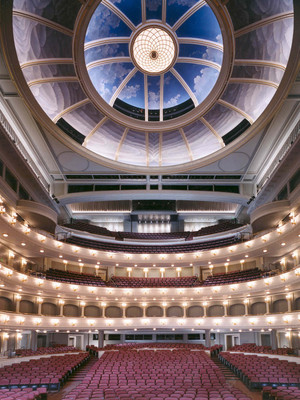 You can catch Lewis Black at Bass Performance Hall in Fort Worth, showing Apr 15, 2023

Lewis Black is also touring to:

lewis black Gets Better Every Day!

The twice Grammy-winning Lewis Black is the perfect demonstration of that rare comic, who can cause you to laugh while making compelling points about the absurdity of the world around you. Famed for his angry persona on both stage and cable, including The Daily Show as a special, albeit enraged special guest. His frequent trademarks include comedic yelling and animated finger-pointing as he skewers everything and anybody that grinds his gears. Catch Black live on stage in his 2022 'Lewis Black: Off The Rails Tour'!

His work as an actor includes Once in a Lifetime, Camino Real, The Matchmaker and Dead End. Black also established the Bill Foeller Fellowship for emerging young directors at the Williamstown Theatre Festival.

In 2001, he won the Best Male Stand-Up at the American Comedy Awards. He has also produced six comedy CD albums, including the 2007 Grammy-Award winning The Carnegie Hall Performance. Lewis Black won his second Grammy Award with his most recent CD Stark Raving Black for best comedy album. Lewis has also written two best-selling books, Nothing Sacred and Me of Little Faith and his latest is, I'm Dreaming of a Black Christmas.

Lewis was fantastic, should name his tour, "Welcome to the Real"! Dallas... more

Michael Duecker: “Lewis Black always tell is like it is and with style.”

I had the pleasure one again of seeing Lewis Black at the Balboa Theater... more

Sound good to you? Share this page on social media and let your friends know about Lewis Black at Charline McCombs Empire Theatre.